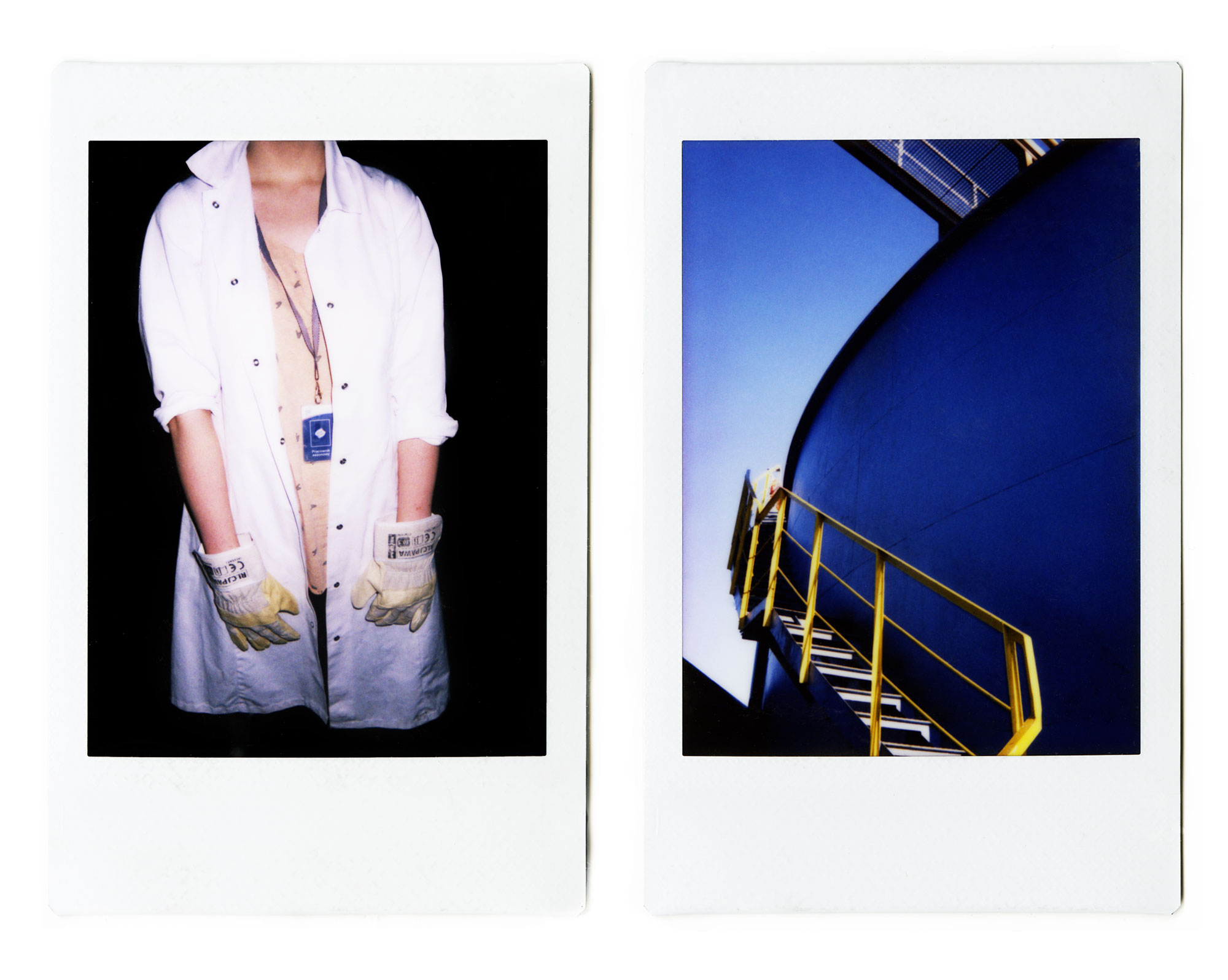 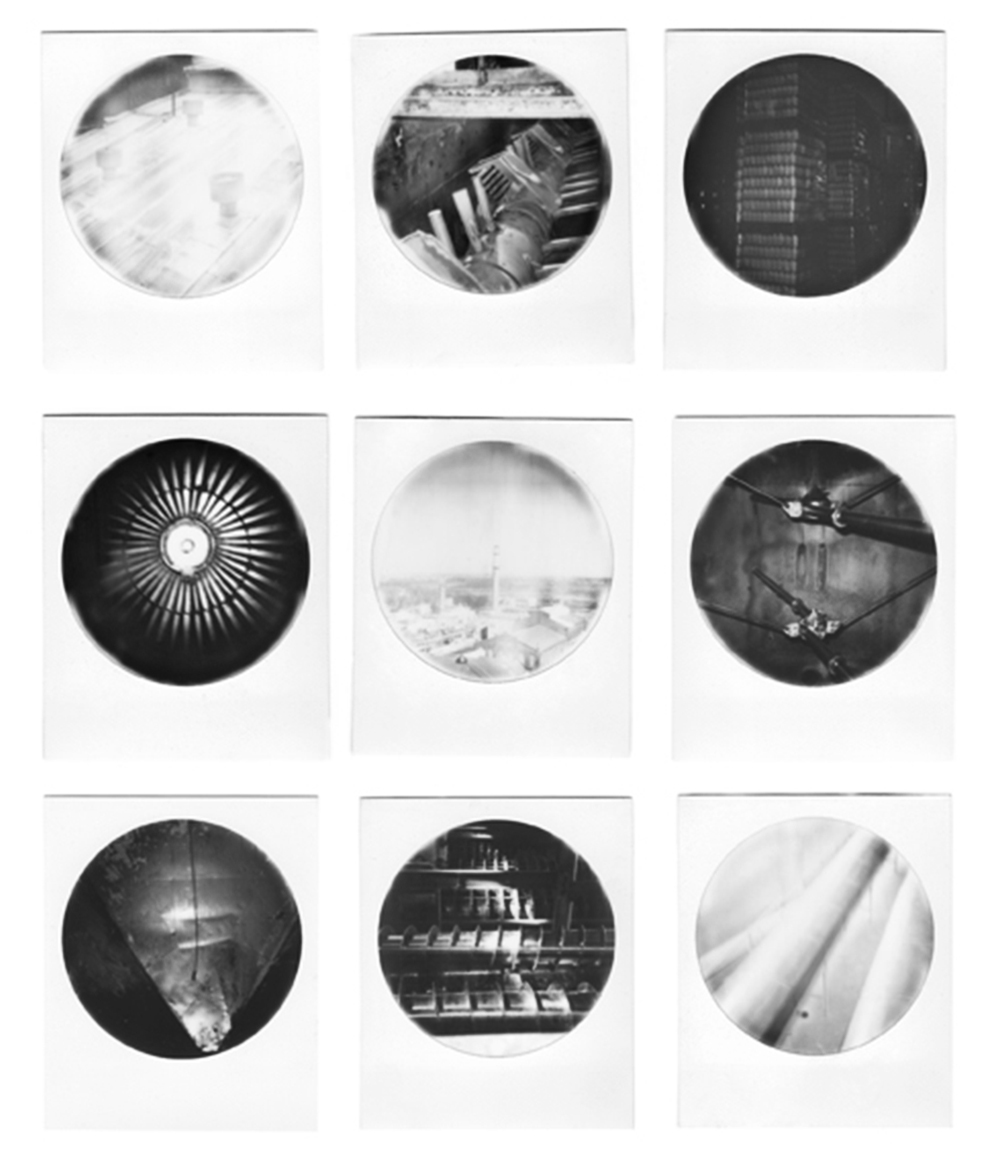 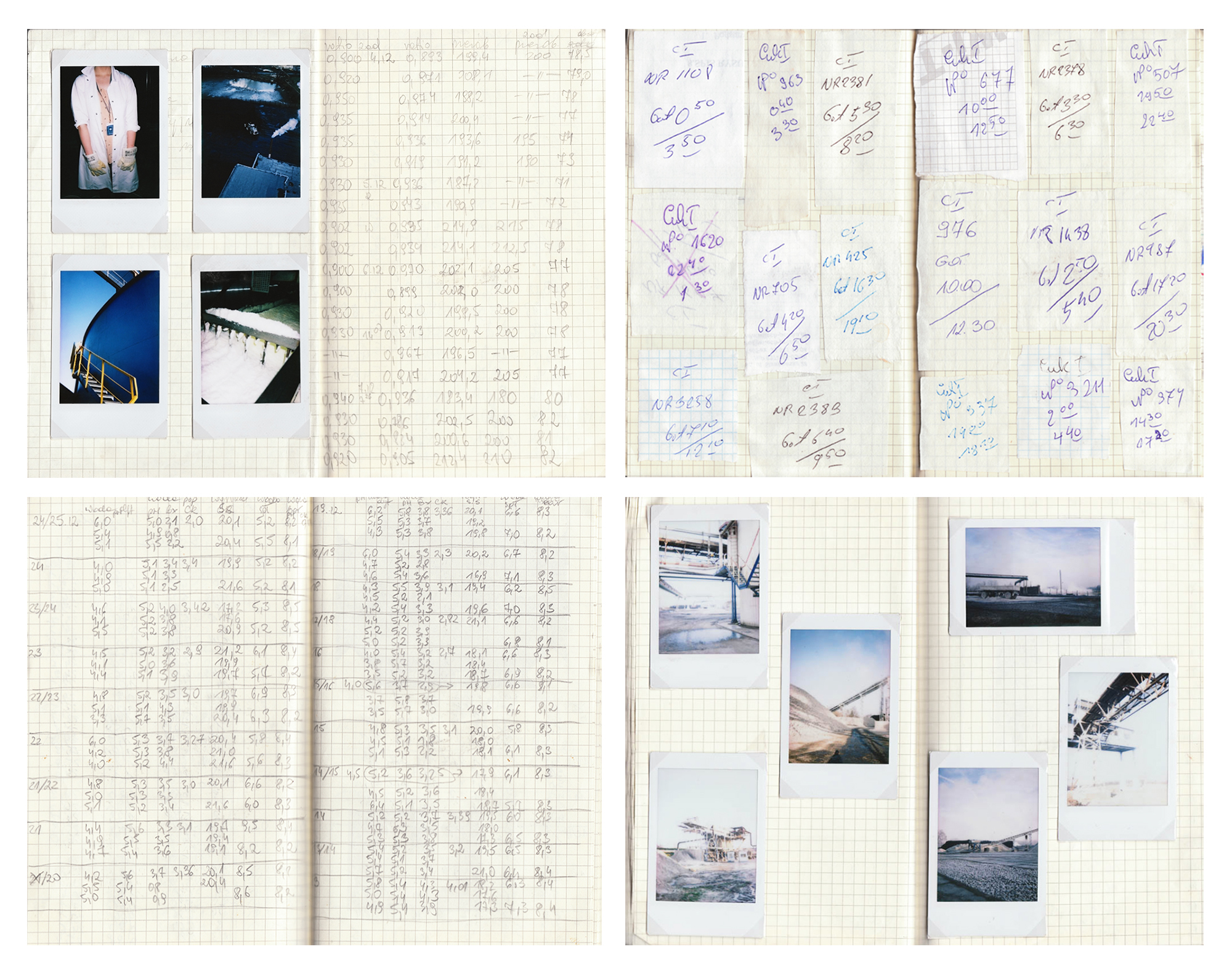 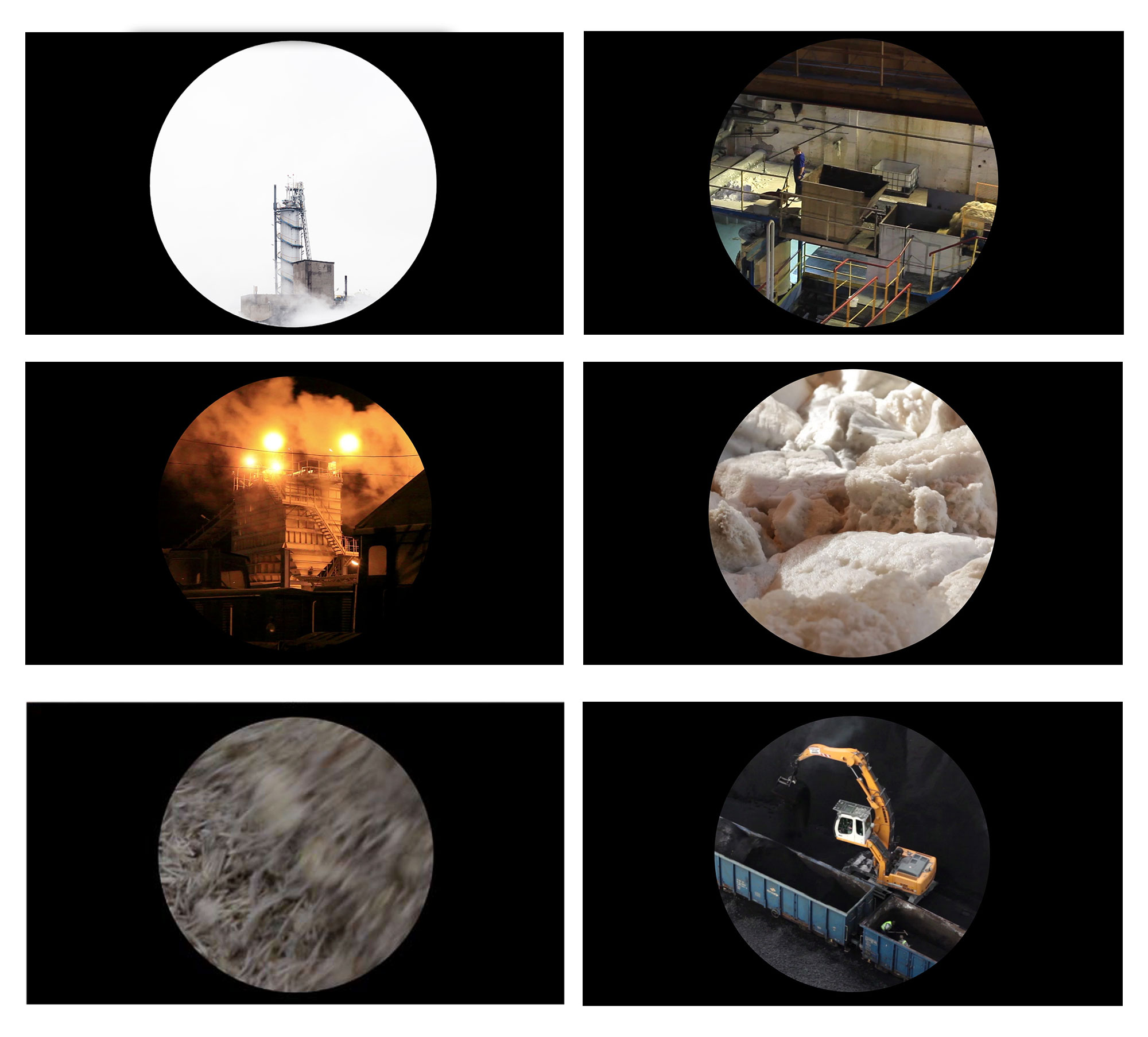 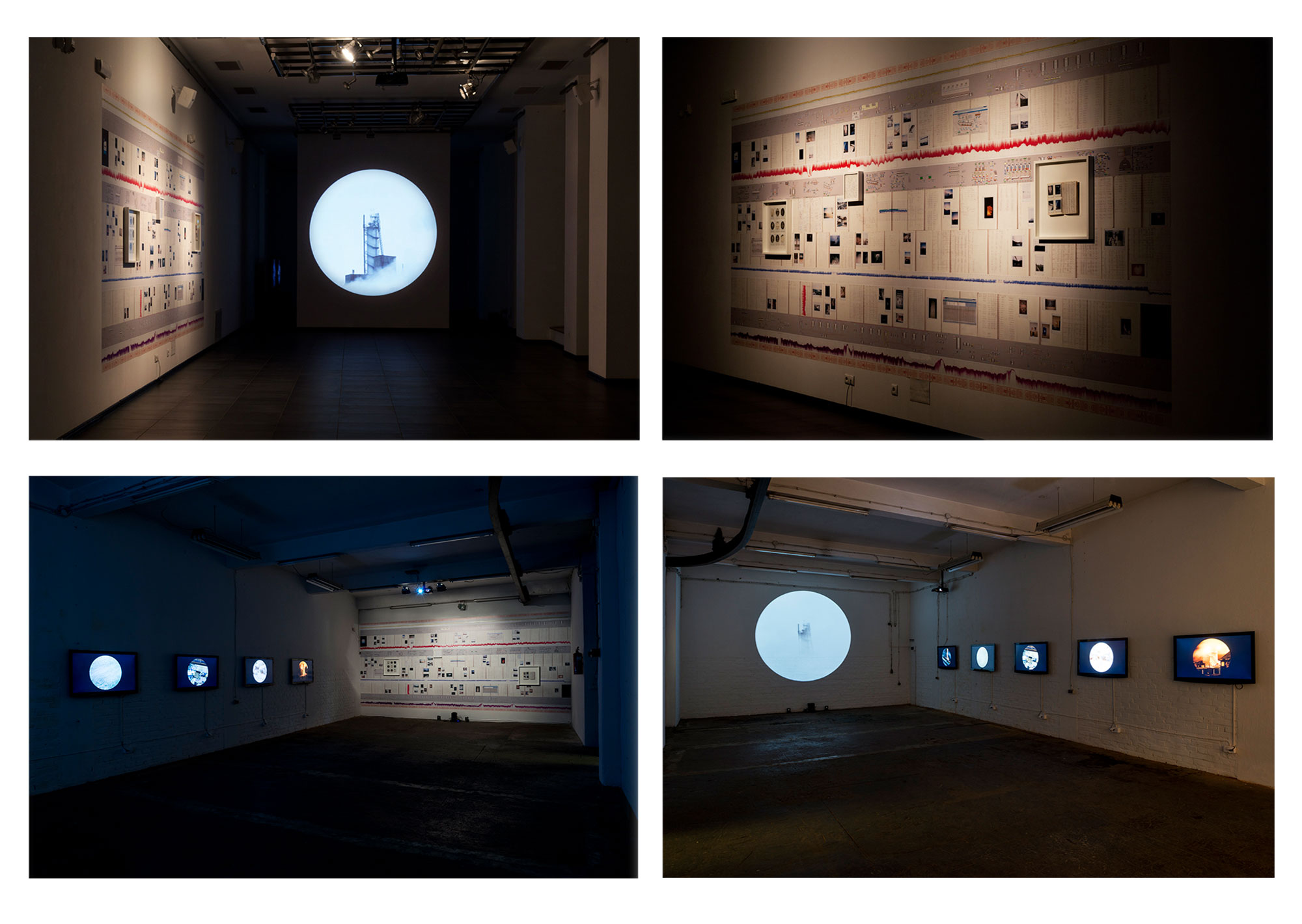 It is a well known fact that we owe Melchior Wańkowicz the probably most well known Polish advertising slogan of the 20th century: „Sugar strenghthens.“ The reason for the Association of Sugar Producers to organise that immense campaign in the 1930s was the excise put on sugar, making it a luxury product. Anyhow, sugar never ceased to be a „Polish matter,“ not only because since the interwar period Poland took pride in a developed sugar industry, but also because on the grounds of the current voivodeship of Lower Silesia (at the time belonging to the Kingdom of Prussia) in 1801 the first sugar factory in the world was established, refining the „white gold“ from sugar beet.
DOB1000609 is the identification number carried by Anna Zagrodzka as employee at the Dobrzelin sugar factory, where she produced her sugar factory piece. The piece is comprised of a wallpaper reminding of a monumental score and made from notes taken by the young artist (and at the same time sugar engineer!), which record the process of the extraction of the white crystals, and a series of short, static shots in the form of tondos, depicting the places crucial for the working of the factory in a remarkably evanescent, even painterly fashion. (At the same time it seems impossible not to think of James Benning looking at the Ruhrgebiet, all the differences in the artists’ respective strategies of filming notwithstanding.) The fact that the videos are looped and circumscribed generates an effect of perpetuality, an eternal return, very much characteristic of the rhythm of sugar production – and of a factory’s work in general.
The wallpaper and the video works are accompanied by a soundtrack, composed by the artist herself, and created by combining two autonomous tracks — each build from recordings of the sugar factory’s everyday sounds — overlapping and intertwining in the exhibition space: the one rhythmic, mechanical, representing the repetitive sounds/noises produced by the factory, the other more atmospheric, less processed, easing the staccato of the first. It is the soundtrack that sutures the tondos of the momentary video recordings and the score of scientific observation, its pulsation negotiating those from the outset distant means of recording, submitting them to the harmony of its own rhythm.
Granting all the momentary spell, and the sensibility of Anna Zagrodzka’a work, it is not exclusively a melancholic look back at the Polish sugar manufacturing tradition in a period of decline (in point of fact, it is a hommage to professor Stanisław Zagrodzki, the artist’s grandfather and doyen of the Polish sugar industry). Its sensuality, and the way it addresses the senses, reintroduce the work of the factory into our field of vision — and by doing that, also the work in the factory – something that has all but disappeared from it under the conditions of globalization and late capitalism, although still remaining the source of the commodities we consume. In this sense, DOB1000609 by all means stimulates not only our minds, but also our historical and social imagination.